On the weekend, I was lucky to have had the opportunity to blow off some steam from last week on my dirt bike.

We decided to head up country as just a couple hours drive north of us is a Motocross park that's open all year round and has a Moto track, a couple of short forest loops and a kids track.
Taikorea, as I've learnt is a fantastic place for hitting up if you want to play around, casually session the forest, or even hit up the track as even I was getting some air off the jumps - although not as much as some of the guys we watched there.
I grabbed the camera out when a couple of guys hit the track, set myself up in the middle where I had a great vantage point and I got some stunning images. These guys were good!
Super friendly too and we had a good chat about bikes, dirt and motocross.

All in all it was a fantastic day, it had been so long since I'd been out on my bike with all the home renovations going on so it was a great day blowing out the cobwebs, getting a feel for the bike, learning a few new tricks and conquering a sand hill with a bite!
I was rather proud of myself for not letting it beat me, even though it tried! Could definitely feel I've not been riding anywhere near enough lately. But that's about to change.....

Become a liker to stay up to date with what I'm up to and see when I need new models. 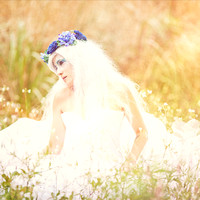